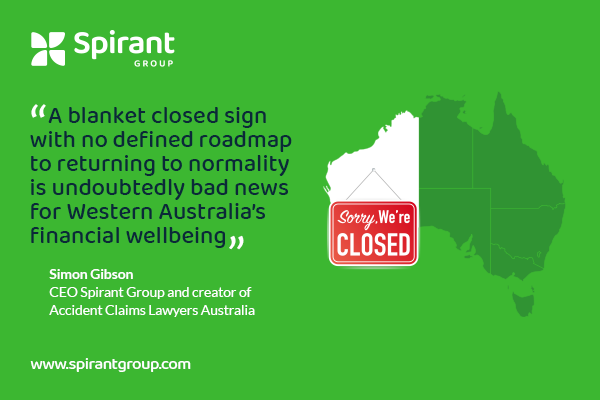 The decision to indefinitely delay pulling down Western Australia’s “closed signs” in a bid to curb Covid are the actions of an overly cautious administration and will condemn the State to long-term economic pain, according to the head of an international enterprise with business interests in Perth.

Simon Gibson, the CEO of the Spirant Group, described Premier Mark McGowan’s eleventh-hour postponement of the border reopening as a “risk averse strategy” and “short-sighted short-termism” that will “scar the prosperity of an entire population”.

“A blanket closed sign with no defined roadmap to returning to normality is undoubtedly bad news for Western Australia’s financial wellbeing,” explained the UK-based entrepreneur, whose company set up Accident Claims Lawyers in Perth in 2017.

“The government would be wise to not mistake its strong economy and low unemployment figures for an assured future. The State’s economic picture is skewed by the success of the mining sector and delaying reunification with the rest of Australia, and indeed the world, is a betrayal of the wider business community.”

The Spirant boss, who oversees a group of legal and technology firms with an annual turnover of more than £20 million and worldwide workforce, continued: “Aside from the obvious impact on those in the travel and tourism industries, keeping the borders shut – and foreign students and visa holders out – will spark a skills shortage with the potential to scar the prosperity of an entire population.

“A closed pool of talent creates wage pressures for employers, flames inflation and will lead to bad deals for both businesses and consumers.

“Similarly, the ‘closed signs’ will serve as a red flag to national and international investors. The Spirant Group’s decision to expand its operations to Perth has proved a great one, but the current restrictions on movement will persuade others to think twice. Western Australia’s loss will be another State’s gain.”

Citing the emergence of the US and European countries from strict restrictions as evidence of an alternative path, Gibson added: “Even when balanced against the purported risks to public health of the Omicron variant, which international experience suggests are limited, the choice to delay reopening is a risk averse strategy.

“Western Australia cannot remain a ‘hermit kingdom’ forever and the borders will have to be opened at some point, so why not on February 5 as planned? Omicron is already spreading within the community, so what is Mark McGowan fearful of? The benefits of sticking to the original plan far outweigh the disadvantages of deferral, which represents a major risk assessment failure.”

Gibson insisted his criticism of the Western Australian government was not motivated by concerns for his own financial wellbeing or a need to protect shareholders’ returns.

“Like all businesses, the pandemic has provided us with unexpected hurdles – not least in preventing members of the Spirant leadership from visiting the State and our operations there – but my opposition has nothing to do with self-interest.

“We are very fortunate that Accident Claims Lawyers is blessed with a fantastic team; filled with proud Western Australians who have done a stellar job in servicing our clients and continuing to fuel the company’s growth throughout the lockdowns.

“The same will certainly not be true for all businesses and sectors though and the Premier’s strategy should be focused on preserving the welfare of the many, not the few.

“In 2020, isolation may well have been Western Australia’s best defence but two years on there is a very real risk of significant damage being caused to the society it was introduced to protect.”

Expert analysis from members of the Spirant team and the latest news from our brands. 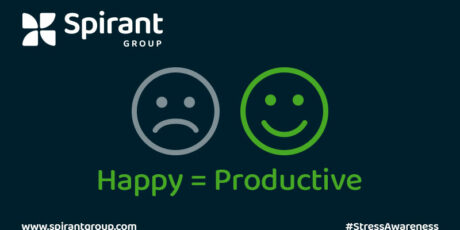 This year’s Stress Awareness Month serves as a timely reminder for employers that having people back at desks does not mean they can stop caring.

A £13.5 million investment secured by the Spirant Group is to be used to further broaden its technological and geographical horizons. 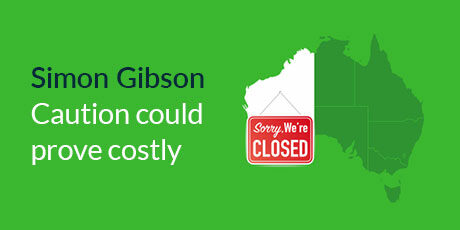 Looking for some help?

Give us a call or fill in the form to get in touch with a Spirant Group representative and find out what we can do for your business.